Back to Coyote Ridge

I left Quartzite and the thousands (literally) of RV's and headed back south to the BLM area around the Imperial Dam.  My intention was to NOT go back to Coyote Ridge where I had camped previously and to try somewhere else but after driving through several different BLM campgrounds either I heard generators running, or all the "good" sites were taken or my cell phone showed weak reception.  So just for a goof I drove back into Coyote Ridge and there was a really nice site that must have just opened up because someone would have jumped it...like I did.

This time my site is small enough that I don't have to worry about another RV'er wanting to "share it" with me...or at least this time if they ask I'm saying "No."  This site's previous occupiers had done some landscaping or maybe I should call it "rockscaping"?

Then after they made the rock garden circle they set up a rock compass that accurately shows north, south, east and west.

My plans are to stay on Coyote Ridge until the 30th or my supplies run low (I'm almost out of dish soap of all things!) then head back down to the Escapee's Yuma Ko-op for the weekend and do laundry, wash the Tank and watch the Super Bowl.  I'll make plans to head wherever from there.
Until then I'll just soak up the view. 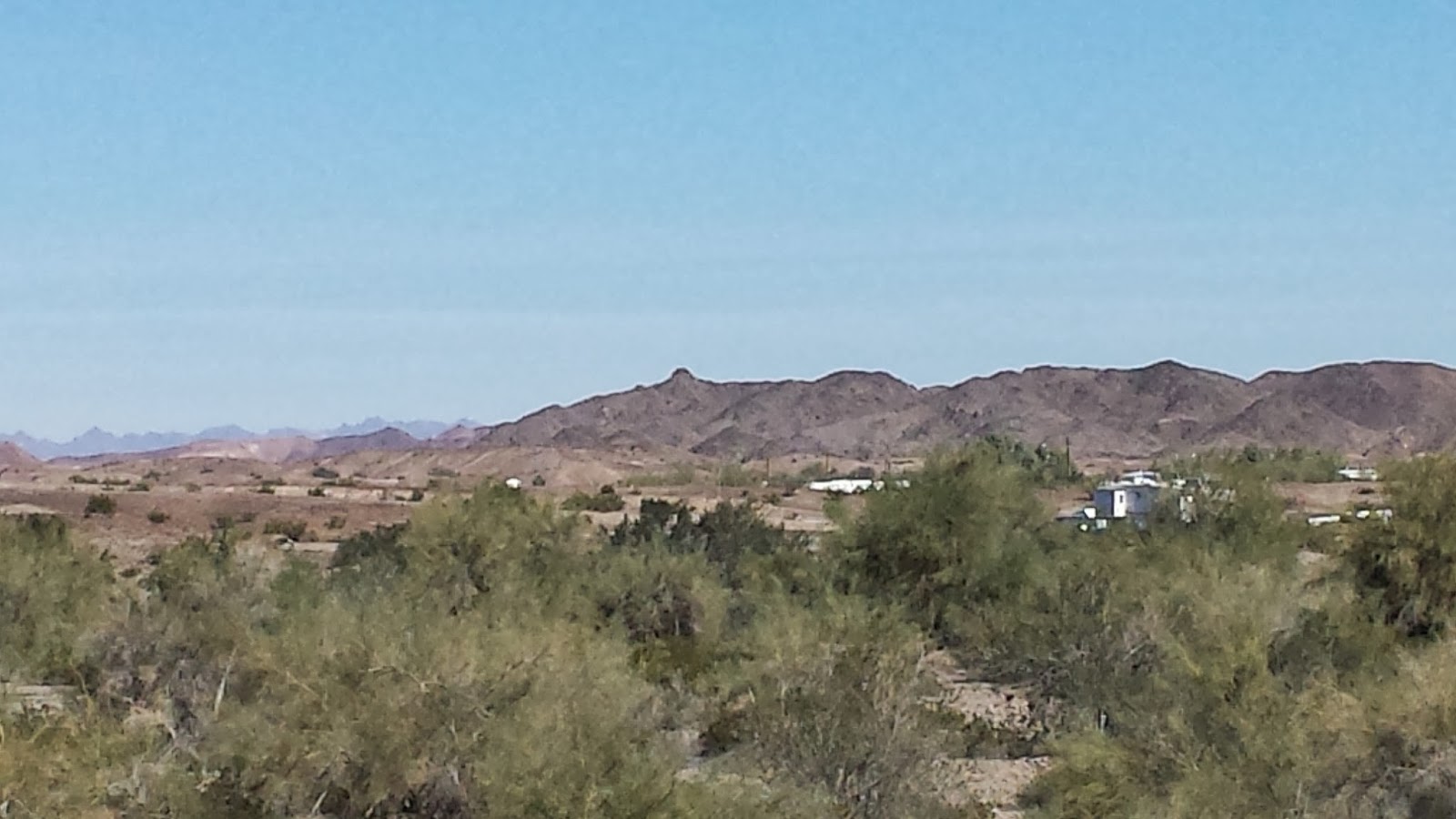 Thanks for reading!
Posted by JM Monica at 11:51 AM