Sorry it's been a while between posts.  I've been making real progress in reducing the amount of possessions I have.  You know when you are watching a televised basketball game and there's a foul called and a player is at the free throw line getting ready to shoot a free throw and the television announcer says something like "This player has made the last 34 free throws he's shot in a row."  When announcers do that it's almost a lock that the player will throw up a brick that clanks off the front of the rim.  When that happens it's called "The Announcer's Jinx" and I've been hesitant to convey news on how things have been progressing on selling my house for fear of "The Jinx". 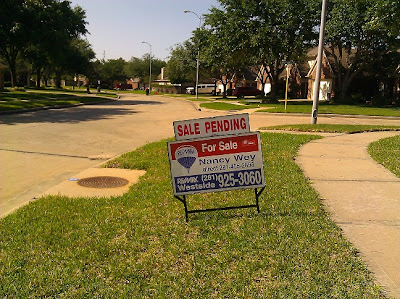 So I won't risk saying anything that might jinx things.  I'll let you know when things finalize.

Thanks for reading!
Posted by JM Monica at 7:44 AM No comments: