Readers of this blog know I encountered "a little" difficulty in selling my home in preparation for assuming a mobile life.  I'll document that battle in a separate post later, the good news is I closed on the sale yesterday!  YAY! 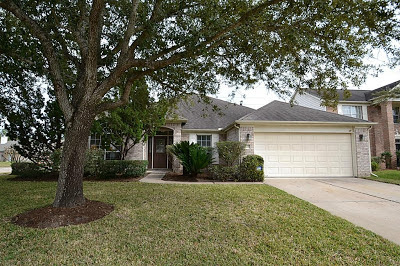 Good-bye little house, it was a good run!

So readers with a nautical background may have noted in the title of this entry I misspelled "aweigh" which indicates in naval terms that a ship's anchor has been lifted off the seabed allowing a ship to get under way.   I used "away" intentionally because my anchors (possessions) have really gone "away".  For the last three months I have sold or given away (mostly given away) all my "stuff" that won't be accompanying me in the Tank - which is what I have named my pickup/camper RV.  If it weighs like a...drives like a...gets the same MPG as a...then it's a Tank.  Anyway, I really wondered if anyone would want some of my bigger possessions like a 25 year old sleeper sofa. 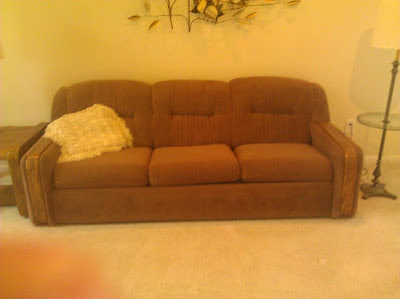 Or how the heck do you get rid of a home gym? 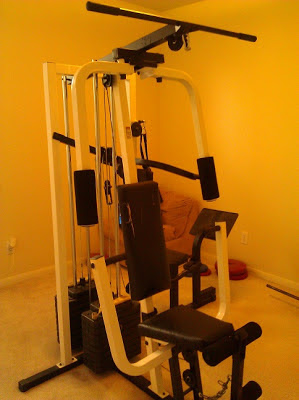 Talk about an "anchor", try pulling this!

Surprisingly, though, it's true how the saying goes:  "One man's trash is another man's treasure."  I should have photographed the happiness on the strangers from Freecycle faces as they cheerfully wrestled my surplus possessions into their pickups and SUV's for just a photo post on this blog.  Several times it occurred to me to ask if this home gym or heavy couch wouldn't become an "anchor" in the happy new owner's life but I held my tongue, if possessions (very large ones) make people happy it's no place of mine to rain my outlook down on them.

My sister asked me if it didn't make me a little sad to part with all my stuff.  I really believe I was being honest when I said it was a feeling of relief more than anything else.