Driving through Mobile on I-10 I've driven by the park where the battleship Alabama is berthed and visible from the highway dozens of times and invariably said to myself "I bet it'd be cool to go tour that thing."  I never stopped though, always having a more pressing destination in mind.....well not this day! 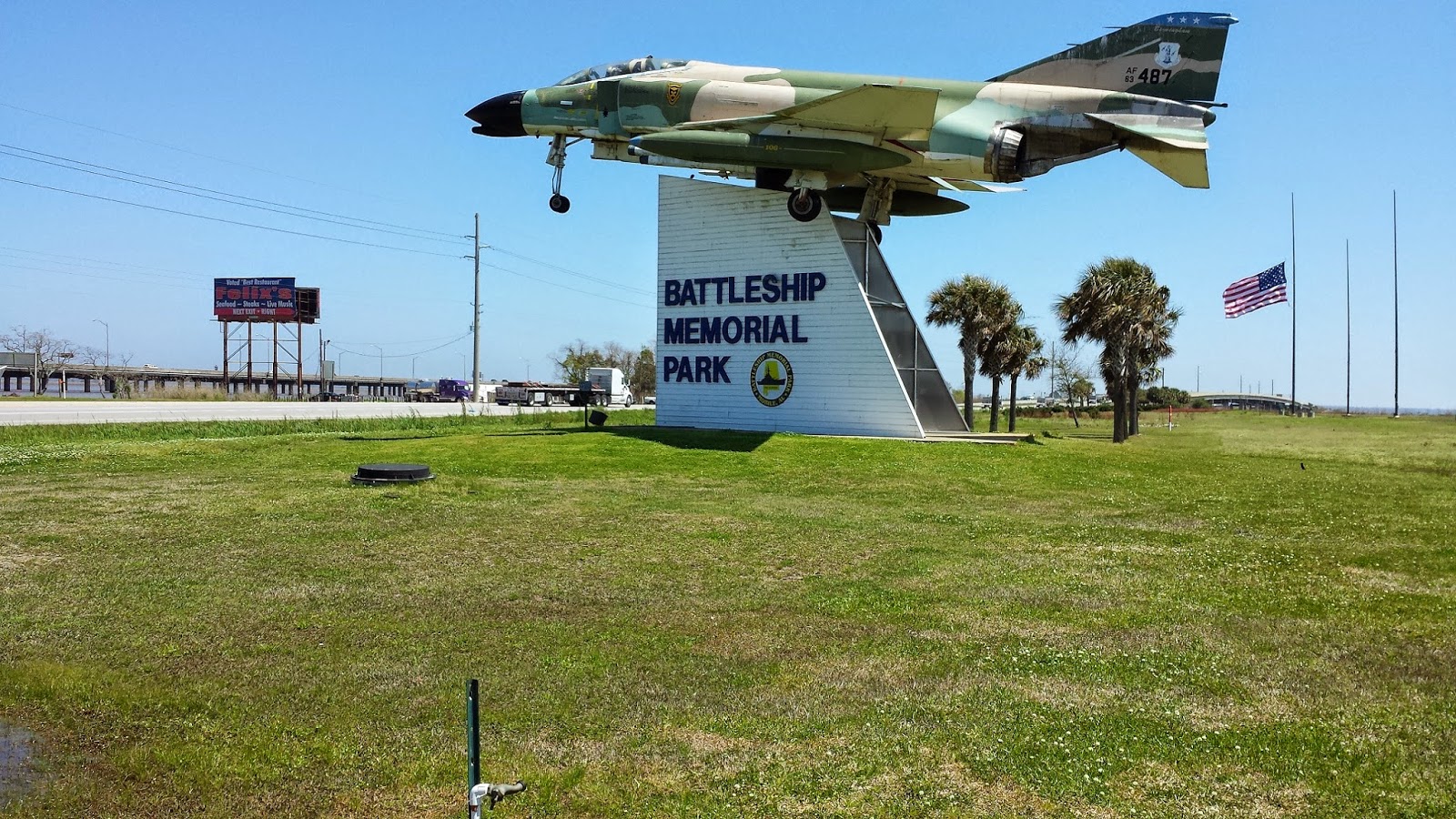 The USS Alabama (BB-60) was a South Dakota-class battleship commissioned in 1942, that, after decades of service, the US Navy ordered scrapped in 1962.  The citizens of Alabama formed a committee to save the battleship as a memorial to the men and women who had fought in World War II and the ship was awarded to the state in 1964.  The big ship was towed to Mobile from the Pacific and became a museum ship in January, 1965.

The Alabama served in both the Atlantic and Pacific theaters from late-1942 until the end of WW II.  Her 9 16 inch guns could shoot a 2700 pound shell (about the weight of a small car) 36,000 yards (20 miles) with pinpoint accuracy.

The park commission charges $3 for a vehicle to enter the park and then, to tour the ship, aircraft pavilion and the submarine USS Drum costs $13 more.  You enter the actual park through a store that sells memorabilia and also the museum pass.

In 1969 the park commission added another WWII veteran, the Gato-class submarine USS Drum to the park.  Originally in the bay behind the Alabama the Drum was moved to a land display to preserve it from the corrosive Mobile Bay waters.

The park also has an aircraft pavilion with planes from several eras displayed.

Planes too big for the aircraft pavilion are displayed outside.

All those times I had driven by Battleship Memorial Park I had been right, it was very cool to tour it!  Anyone interested in history and naval ships and combat aircraft will find this park incredibly interesting and well conceived.  It's a great way to spend an afternoon.

Thanks for reading!
Posted by JM Monica at 8:04 AM